Purchase of 10 tickets for $185 is the best price for patrons wanting to see great theaatre at the best possible prices.

Mollie Ralston: the wife of Giles Ralston, Mollie is the young owner of Monkswell Manor, a Victorian era estate that has recently been converted into a guest house.

Giles Ralston: Mollie’s husband of one year, Giles is the co-host of Monkswell Manor.

Miss Casewell: A bit masculine in her demeanor, Miss Casewell, another guest at Monkswell Manor, remains mysteriously aloof from the other guests.

Mr. Paravicini: An unexpected guest at Monkswell Manor, Mr. Paravicini is there only because of his car became stuck in a snowbank during a terrible blizzard.

**Detective Sergeant Trotter:**A late arriving guest at Monkswell Manor, Detective Trotter is trying to establish a relationship between any of the guests and a murder already committed at another location.

for info or directions 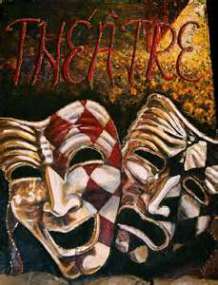 You should be prepared to submit your scripts for consideration along with a sketch of the set to be submitted along with how they plan on staging the production keeping in mind the requirements and limitations of our stage.

If you have never directed at the Playhouse please submit your resume.